When I started my career as a market gardener growing salads and vegetables, many crops such as peppers, chillis, coriander weren’t frequently grown by gardeners in the UK. Nor were a host of other plants that today we find in supermarkets and consider perfectly normal and easy to grow in or gardens. I was fortunate in being approached by an Indian guy who asked me to grow crops specifically for him and the shops he served in places such as Bedford, Leicester, Bradford and beyond. Soon I was growing a half-acre of coriander per sowing, had a tunnel of snake gourds, was considering the merits of fenugreek varieties and a growing host of other non-traditional, exotic, “queer gear” (not politically correct today but this was the term used for years as seen in this Daily Mail vegetable article), bhaji crops.

Some argue the change goes back to the advent of low-cost air travel and cheap overseas holidays. Suddenly we were eating food we’d never experienced before and our journey into learning about unusual vegetables to grow in the UK commenced.

Or at least that is part of the story. The real story is somewhat different. Many of the plants we are now starting to grow as unusual crops have actually been with us for years and are being re-discovered.

What Have The Romans Ever Done For Gardeners?

My local hedgerows contain a plant called Alexanders or horse parley (Smyrnium olusatrum). It’s a plant that thrives near the sea on cliff tops and seaside hedgerows but is less common once we travel more than a mile or so from the sea. Except, that is, around monasteries and nunneries, where monks and nuns grew it in their gardens.

Alexanders isn’t a native plant. It was introduced to the UK by the Romans as an edible plant. Every part of the plant is edible and for centuries country people, in my area of the south-west of England, have foraged for it. All of it is edible .. flowers, stems, stalk, seeds and roots. In recent years Alexanders has become popular with foragers and gardeners. Seed and young plants are now available from nurseries and specialist seed houses.

Other unusual plants have a history that goes back to the colonial days of the British Empire. As the map turned pink the palate of the British administrators and soldiers was subjected to a wide range of vegetables, fruits and flavours. Some were to become adopted favourites and explains reports that the favourite British dish is now curry!

The next source of unusual veg is immigration. Not only did ethnic people in the UK want to buy fruit and veg they knew in corner shops. They wanted to grow them here on their gardens and allotments as this report from Garden Organic demonstrates.

Finally, there is a huge swathe of food crops we can grow today that were considered too difficult to grow here. In my own small way, I was one of the people that changed all that. Let me explain.

For years, in the UK we ate “butterhead” and Cos lettuce. Butterhead are those soft fluffy thin-leaved lettuce that have a short shelf life. They were the very first lettuce I ever grew commercially .. all 90,000 in one go. Grown in autumn under glass we had to cut all 90,000 in a few weeks in early winter. If you want to know what it feels like to cut so many lettuce stand up straight then try bending down and touching your toes 90,000 times. It’s back-breaking work and profits weren’t high!

Cos lettuce are a thicker leafed lettuce. More upright in stature they last longer and to my mine has much more flavour than butterhead lettuce. I preferred Cos lettuce and still grow the same variety now, over 40 years later. It’s called Lobjoits Green Cos.

The problem was that people’s tastes were changing. We’d had Lakeland lettuce varieties grown outdoors in the summer for years. They were a bit like crisp lettuce and lasted a bit longer in the fridge than other varieties. But they were prone to mildew and couldn’t be grown under glass in spring, autumn or winter. In those seasons we imported crisp and Lakeland type lettuce.

Then I saw a trial of indoor crisp lettuce being grown under glass one autumn. They were a new variety and were superb. Heavy, real crisp lettuce like we have today. They had superb keeping quality and would last weeks in the fridge. And in those days the flavour was good. He also said he thought they would be OK as a spring crop but no one had tried yet. Lights flashed in my head and I said I’d like to try to grow them in spring if he could supply the seed. He could and I decided on an all or nothing strategy.

April 1st the following year could have seen my looking like a fool as I started to cut the lettuce. It was a variety called Marmer (no longer available, unfortunately) and they were heavy, top quality lettuce that sold extremely well in the London markets.

That decided me. 90% of my nursery was planted to crisp lettuce during the summer and were harvested in autumn.

Financially we had our best year ever.

The following spring saw a lot more Marmer grown in the UK. The London markets and supermarkets had bee encouraging their suppliers to grow crisp (iceberg) lettuce and many had.

By year three the good margins we had made were fast disappearing and I started my search for other exotic crops to grow.

I have to admit my responsibility in the introduction of iceberg lettuce to the UK. In my defence I can only say “sorry” but they were tasty in those days … (the tasteless ones today are nothing to do with me …. honest)

Over the next months, I’ll add 40 or more Unusual Vegetables To Grow in your garden.

How to Grow Quinoa 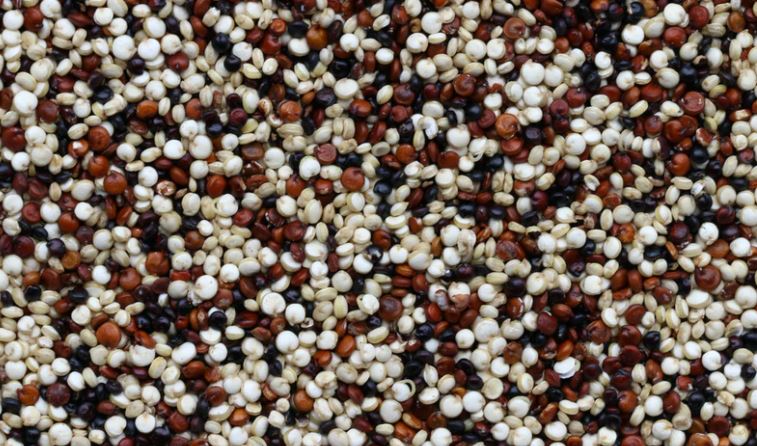 How to Harvest Quinoa

Quinoa is easy to harvest, clean and store on a garden scale as our detailed Quinoa Harvesting instructions show.

How to Grow Tea in the U.K.

Tea can be grown in some parts of the U.K. and their is one commercial tea plantation in Cornwall. Details of tea cultivation techniques are given on our webpage. 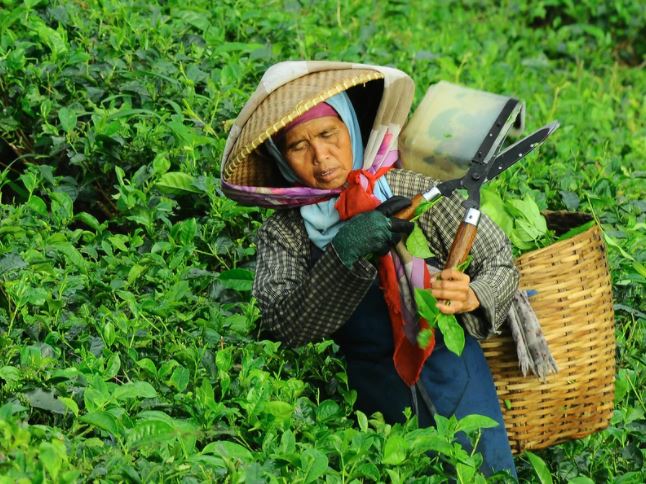 What Unusual Veg Grows in the U.K.?

There are dozens of unusual and exotic veg that can be grown in the U.K. Many of them, with growing details are given on our unusual vegetables webpage

How to Grow Samphire

Samphire is easy to grow in brine made with sea salt. The season can be extended with multiple sowings as we explain on our unusual veg webpage where we discuss samphire and other crops.

What is Perennial Kale?

Perennial kale aka cottages kale is a long lasting form of kale that can be harvested throughout the winter and spring. It is an easy kale to grow and harvest with the plants living for 5-7 years as detailed on our unusual vegetables page .

What is Daubenton’s Kale?

Daubentons kale aka cottages kale is a long lasting form of kale that can be harvested throughout the winter and spring. It is an easy kale to grow and harvest with the plants living for 5-7 years as detailed on our unusual vegetables page .

Perennial kale aka cottages kale is a long lasting form of kale that can be harvested throughout the winter and spring. It is an easy kale to grow and harvest with the plants living for 5-7 years as detailed on our unusual vegetables page .

How To Convert A Lawn or Pation Into A Veg Plot... The Easy Way